Communications strategy to win hearts and minds of tourists

The capital of Kazakhstan was approved as host of the 8th Global Summit of the UN World Touristic Organization/ UNWTO on Urban Tourism, in 2018 during 7th Summit held in Seoul.  The Signing ceremony took place in Forum of Mayors and Tourism Ministers of UNWTO member state in the capital of Portugal Lisbon in April 2019. In the framework of this Forum an Agreement for providing 8th Global Summit of the UNWTO Urban Tourism between Mayor of the city Nur-Sultan and Secretary General of UNWTO for the theme “Smart cities, smart destinations”. Mr. Zurab Pololikashvili in his speech to participants noticed, that in spite of 20 years its existence the city became a platform for significant international events, including EXPO 2017. It is first time UNWTO Global Summit will take place in Central Asia. Before such Global Summit of UNWTO took place in such main cities like: Moscow, Barcelona, Kuala – Lumpur, Seoul.

The organization of such Global Summit on Urban Tourism in Kazakh capital from October 9 to 12 was expected to give an impulse for the development of capital, allow to present itself as a city with modern developed infrastructure, with excellent exhibition capacities. There were more than 700 participants and about 250 of them were foreign guests.

An opening ceremony was held with participation of Askar Mamin, Prime Minister, Aktoty Raimkulova, Minister of Culture and Sport, Erzhan Ashikbayev, Deputy Minister for Foreigh Affairs, regional governors  and other representatives of state agencies etc… As Mr. Mamin said, the Kazakh capital is “becoming as an engine for development of “smart” technologies”.

Mayor Mr. Altay Kulginov addressed participants of Round table of Mayors devoted to an issue of “Smart” cities and tourism.  He presented his strategy of technological and touristic development of the city Nur-Sultan, transformation of the city to “Smart city” in the framework of Digital Kazakhstan state program. Last year the Smart district project launched “as the analogue of Barcelona, which consists of 3 main directions: Smart technology, “Green” solutions and Urban decisions. Among participants of the Round table were mayors and representatives of city administrations of Ankara, Bangkok, Helsinki, Islamabad, Malaga (Spain), Kazan, Samarkand and Tashkent.

The 8th UNWTO Global Summit must attract to Nur-Sultan leading experts in the field of tourism, representatives of the state and private structures in order to work out strategies of current development of urban tourism, where tourism becomes not only one of important engines of economy but also an instrument of social cohesion and conservation of culture.

At the same time, I would like to draw an attention of readers to the following aspects.

First of all I believe that it would be better if UNWTO would invite ministries of tourism/or tourism industry of CIS countries, taking into account that this Summit is held for the first time in our region. Also I wish that upcoming Summit would become more memorable for the international society and significant for the states of the region as well. It would be great to initiate an idea of opening of the regional touristic organization, which could unite Eurasian, Central and Western Asian states. We have drawn attention of UNWTO senior officials noticed already on the eve of the Summit, that are number of regional organizations and associations in South Asia, South-Eastern Asia, in the states of Pacific region ACEAN there. But there is no such organizations in our region of Eurasia and Middle and Western Asia regions. I believe that now it is time to establish a Regional tourism organization which could unite countries of Eurasia, Central and Western Asia under support of UNWTO, and it is highly demanded by increasing interest for tourism to our regions. The Central Asian states not only limited with 5 former soviet states, but also it includes such countries like Iran, Mongolia and etc. The Western Asian countries include a number of Middle East region states, like Jordan, Qatar, United Arab Emirates, Oman, the leaders of tourism industry Israel and Turkey. Of course, our professional of this sector could learn a lot from them. Experts from the Central Asia and Eurasian region, including myself who know well local specification, the legislation of states and existing touristic potential are ready to offer multilateral assistance on this issue.

The next important issue is related to the international communication in the area of tourism. Broadly speaking everybody knows, that competition in the market outlets and services is inevitable! It is not a secret, that reputation of the entire state can be spoiled from the wrong chosen communication strategy, communication ways. In a short period of time everything which has been earned during many years can be lost! As I already accented before in some of my articles, global communication, unique events and facts – are foundation of reputation and it means, that high quality image and information rich content on significant and attractive events, national and international forums, achievements of both certain states and business communities must be announced to the foreign auditorium via famous information agencies worldwide. We also need to work out complex information activities in the framework of global communication campaign directed for creation of positive image for the growth of country prestige in the foreign arena and response to critics in the international mass media.

The next important issue is related to the international communication in the area of tourism. Broadly speaking everybody knows, that competition in the market outlets and services is inevitable. It is not a secret, that reputation of the entire state can be spoiled from the wrong chosen communication strategy, communication ways. As I already accented before in some of my articles, global communications, unique events and facts – are foundation of reputation and it means, that high quality image and information rich content on significant and attractive events, national and international forums, achievements of both certain states and business communities must be announced to the foreign auditorium via famous information agencies worldwide. We also need to work out complex information activities in the framework of global communication campaign directed for creation of positive image for the growth of country prestige in the foreign arena and response to critics in the international mass media.

Tourism is indeed an opportunity for any country to achieve the world influence and recognition but while the country also assumes a responsibility for what it is ready to show all over the world and for that for whom it will trust the function performance of a mission “proxy”. “Did any of the managers analyze which companies are responsible for the communication of international events (Games, Exhibitions, Forums etc.) and previous experience in Kazakhstan and Central Asia as a whole? For example, why communications were successfully built by the Austrian company Rocket Media Communications https://www.rocketmedia.at/ in such projects as the 7th Asian Winter Games 2010-2011, Astana Economic Forum, Atom Project, Nomad Games, and as Nomad Universe ”(Kyrgyzstan and Saudi Arabia). Why didn’t also this happen at the Universiade 2017 and EXPO 2017? 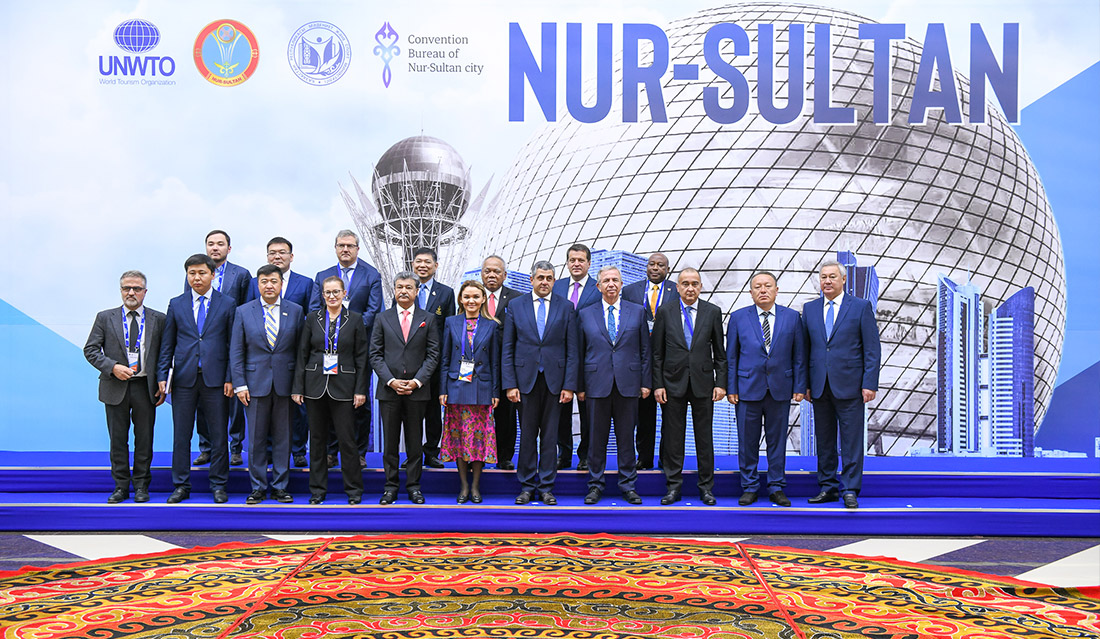 Moreover, does anyone know that in March 2019, cultural artists and artists of the Kazakh delegation made a splash at the finals of the World Folk Vision contest under the Eurasian Economic Cooperation Organization in the framework of World Ethnofestival “ Nomads Universe”. , having won two Grand Prix from 7 nominations among 55 countries (in the nominations “Best Ethnfolk band” - the ensemble “HasSak” and “Preservation of the cultural and historical heritage” -  Arlan Zhete Batyrov Theater. Who knows how many spectators and visitors of the Festival wanted to see our country - the country of these wonderful artists? Is this not a contribution to attracting the tourists to our country?

Unfortunately, traveler attractions are often advertised in our promo materials - unique natural resources, cultural items, but they are silent about the state of infrastructure and service. We think that we attract tourists who believe that they want to come and enjoy our miraculous achievements, we must do everything so that they do not encounter poor quality services, and not only because of poor infrastructure ... Here we risk losing the opportunity to find its place in the global tourism market.

Actually, Kazakhstan hosts a huge number of events, including various conferences, congresses, the industry of organizing such events, the “meeting industry /event management” is today recognized as a promising segment that is extremely closely connected with global communications. ICCA (International Congress and Convention Association) Masterclass was delivered by Elif Fisunoglu, ICCA Regional Director (Europe). She began her career in the communications field, spending 20 years in various positions in the media, advertising, meeting and hospitality industries. We believe this type of seminars will serve a good   platform for exploring the potential of this segment and provide the Summit with the necessary knowledge and skills to increase the competitiveness of the tourism industry in Kazakhstan.