International Initiative of the EECO "Tourist belt of the Silk Road" 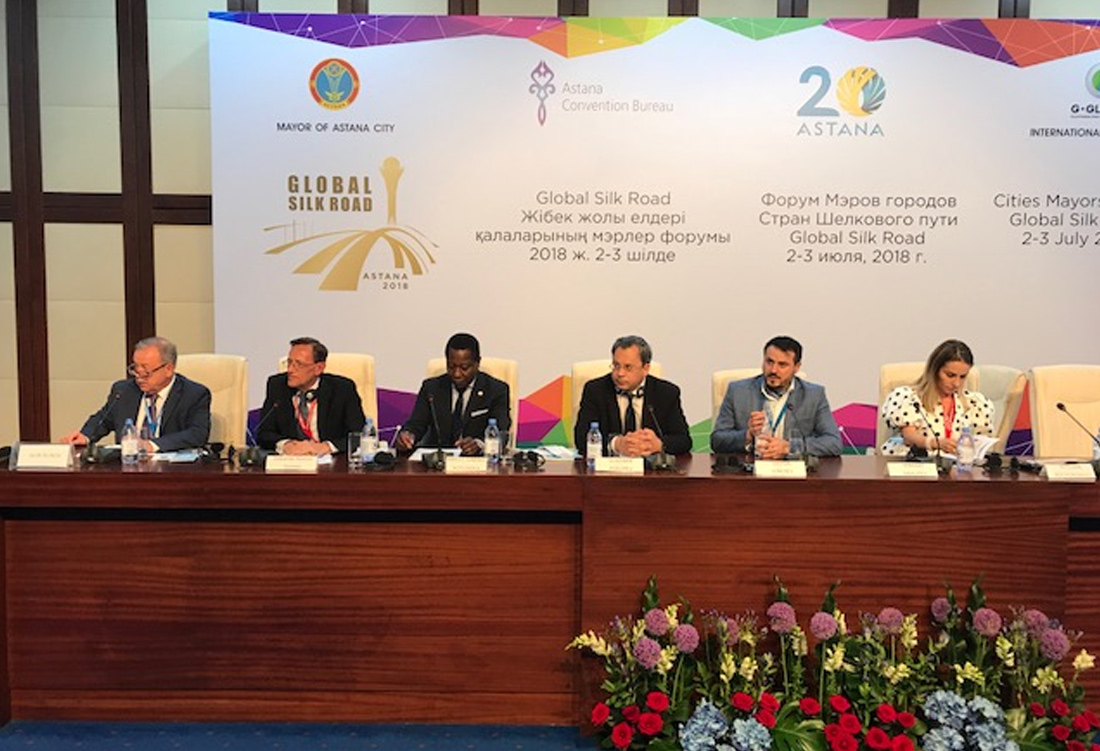 The international initiative of the EECO to launch an integration project in the sphere of tourism “Tourist belt of the Silk Road” was announced at the Cities Forum of Mayors of the countries of the Silk Road on July 2-3, 2018 in the capital of the Republic of Kazakhstan, Astana.

The program of the forum included more than 20 events of various formats, including the Plenary Session, the Round Table of the Mayors of the Silk Road Countries, the Block Conference and other events. The forum united in itself the celebration of the 20th anniversary of the capital and the fifth anniversary of the project "One belt, one way". 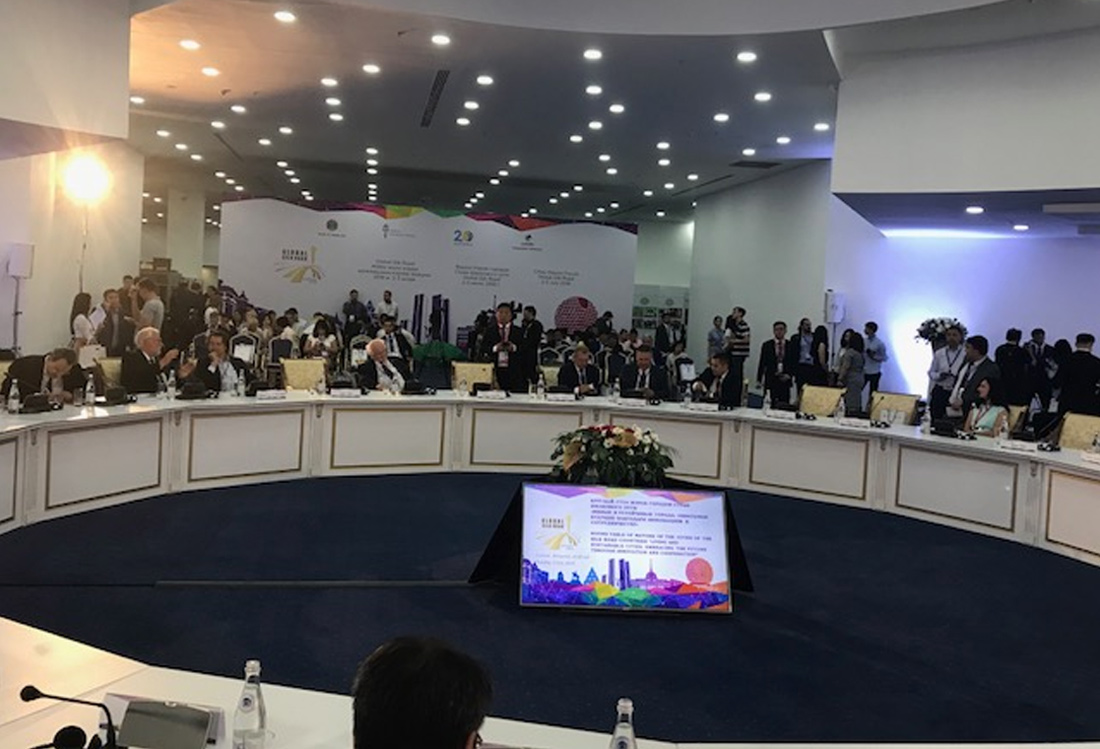 Secretary General of the EECO Vladimir Piskurev noted that: "The City Mayors Forum of Silk Road Countries" is a search for a new model of international cooperation and development based on the continuation and development of the spirit of the Great Silk Road. The forum was useful for those who want to expand their business opportunities, attract investment, and expand scientific, technical and humanitarian cooperation from Lisbon to Vladivostok, from the Atlantic to the Pacific."

On the ground of the Cities Mayors Forum of the Silk Road countries "Global Silk Road", the Secretary General of the EECO announced a new international initiative of the EECO to start the integration project in the sphere of tourism “Tourist belt of the Silk Road”. 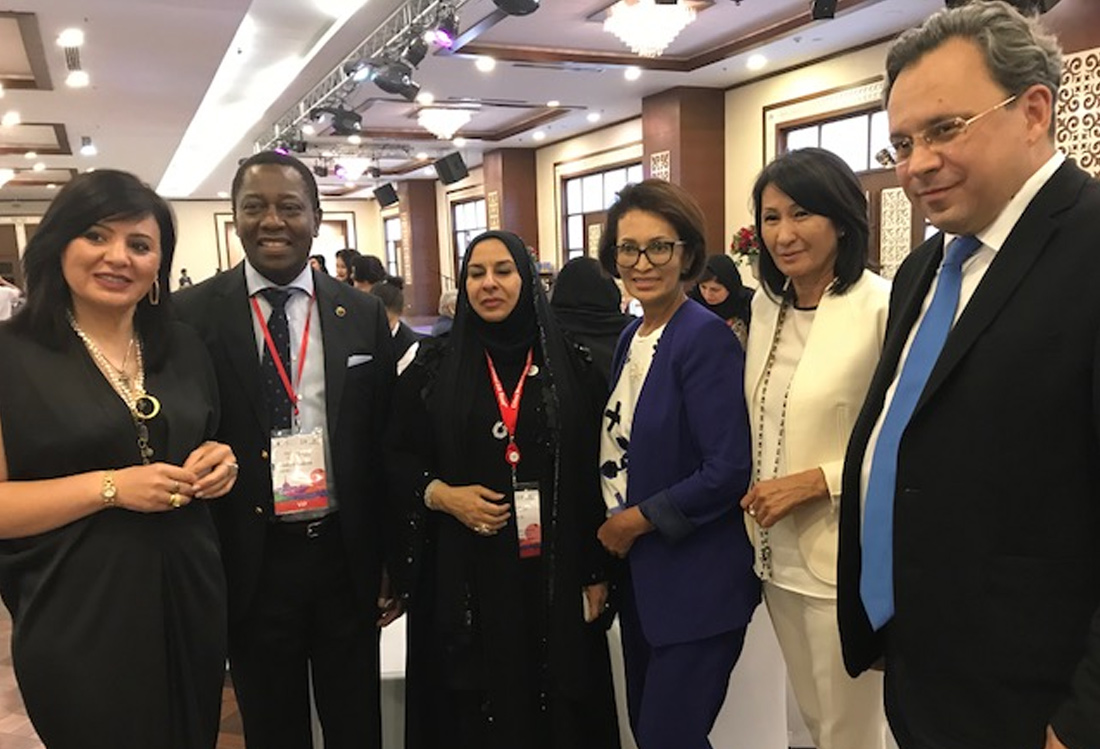 "We are witnessing the development of the most ambitious international project of the XXI century, which is now unfolding in Eurasia. For the first time, a project of this magnitude is not the conquest of territories, but the building of bridges. "Tourist belt of the Silk Road" will be an effective component of the implementation of the project "One belt, one way", it is very symbolic that the initiative of the EECO to launch the International Integration Project in the field of tourism  "Tourist belt of the Silk Road" in Astana, the capital of Kazakhstan. In September of this year, the initiative of Chairman of the People's Republic of China Xi Jinping "One Belt, One Way", first announced during his lecture in this beautiful city in Nazarbayev University, marks the 5th anniversary” – says Vladimir Piskurev. 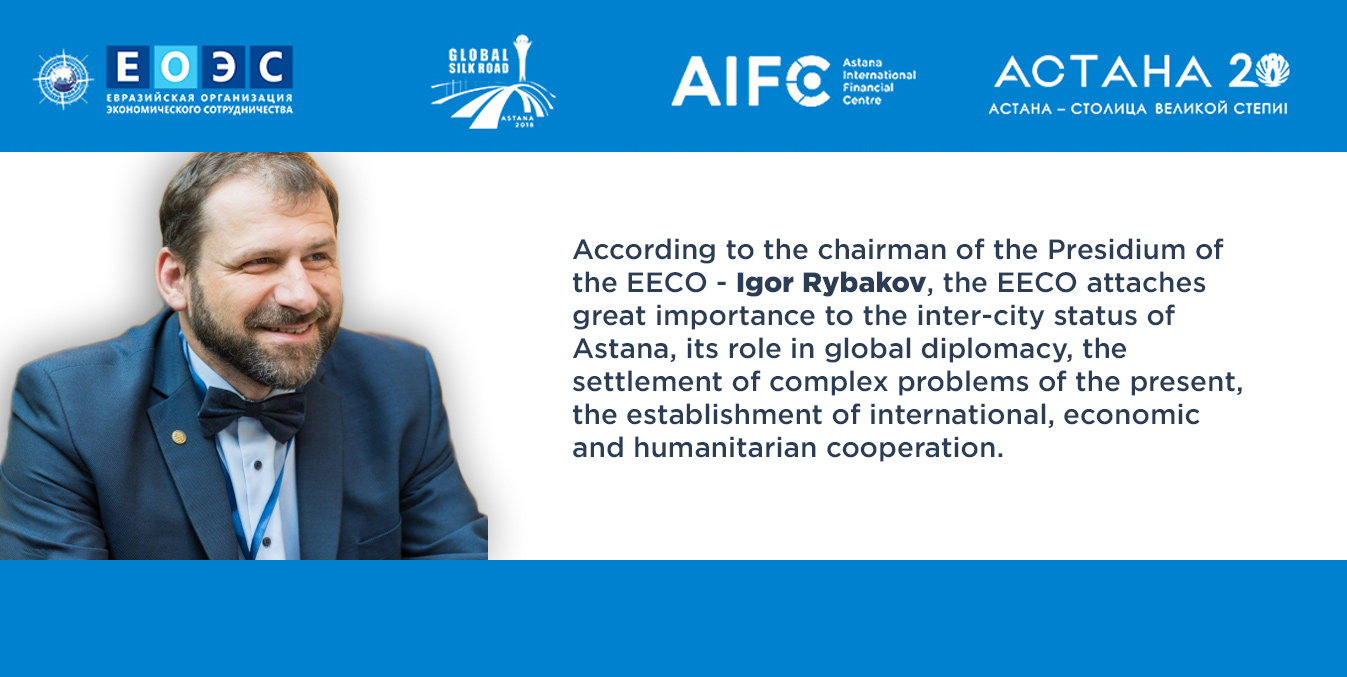 The High Commissioner of the EECO Anicet Gabriel Kotchofa noted that the choice of venue and the name of the forum and panel sessions testifies to the international recognition of Kazakhstan's contribution to strengthening the Eurasian Union. This is the key link in the origin of the Great Silk Road and the platform for international cooperation for the successful implementation of the One Belt, One Way and the Silk Road Tourist Zone. As once the Silk Road, passing through the Kazakh lands, connected all the great civilizations of the Old World - China, India, the Middle East and Europe, and today Kazakhstan again becomes a key region linking global trade and tourism. 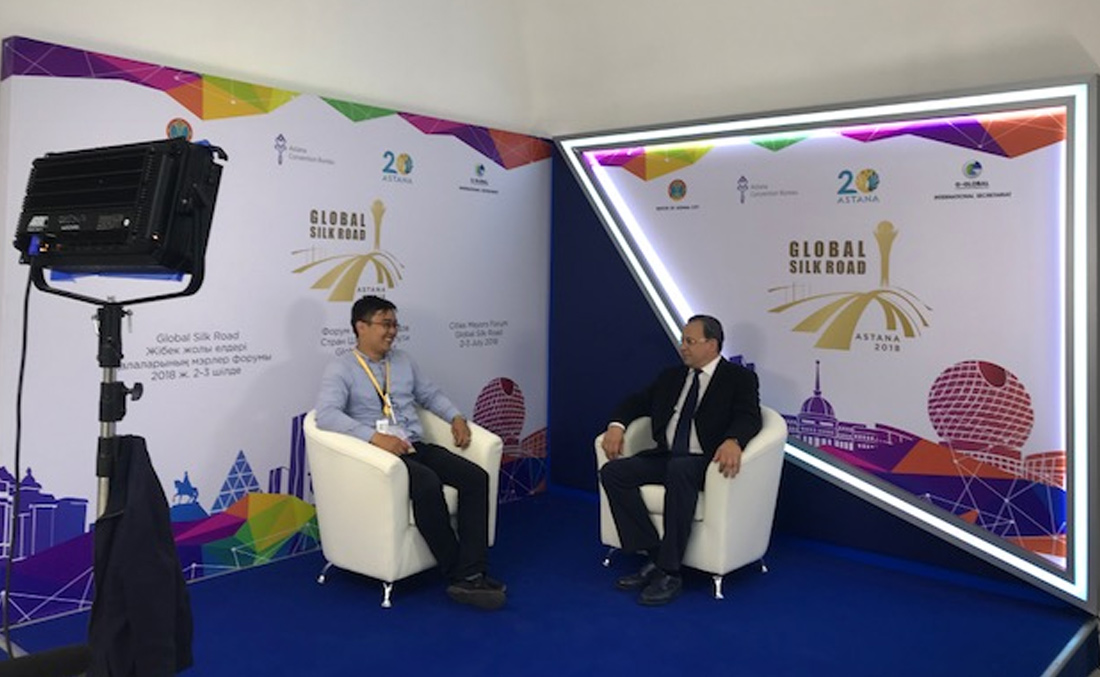 The historic event of the Forum was the establishment of the foundation of the architectural complex "Golden Bridge of the Silk Road", as a symbol of friendship from the world-famous Chinese art figure - Shu Yun. The length of the bridge is 28 meters. Sculpture symbolizes the dream of creating a global community with a common destiny, common interests and shared responsibility. Shu Yun made from silk the national colors of the countries located along the "Belt and the Way" and placed them in artificial amber bricks from which the "Golden Bridge of the Silk Road" was built in the image of the famous Chinese bridge in Zhaozhou. This work was previously presented at the Milan EXPO-2015, in 2017 it was selected for the forum of international cooperation "Belt and the Way" in Beijing, and demonstrated at other important events. 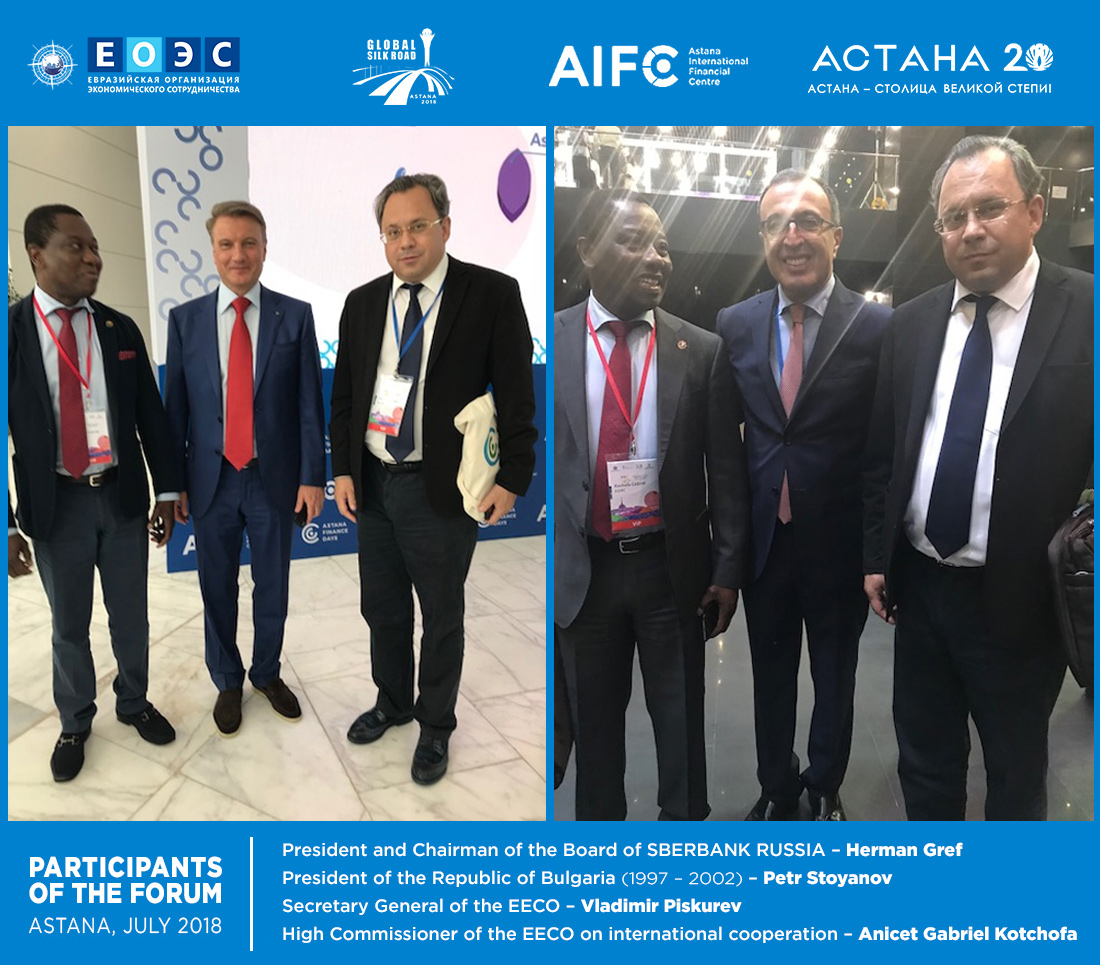 The Forum participants signed more than ten documents. They will improve the system of photo and video recording, develop electronic services in Astana.

The forum participants discussed such issues as digitalization of the countries of the Silk Road, ecology, reduction of economic inequality, definition of new contours of international trade rules, use of the regulation of crypto-currencies, a new format for organizing international business cooperation, and others. Well-known channels such as the BBC and CNN, organized an interesting debate on the platform of the forum.

They also plan to develop mutually beneficial relations in the sphere of education. So, in 2020 in Astana there will be a Singapore school. Children will study here with a special program.

"There are additional programs for achieving goals for pupils already in grades 4 or 5 of extended education," noted Serik Karymsakov, a partner of the international school in Singapore.

The Great Silk Road should be connected not only geographically, but also technologically. Almost all speakers spoke about this. To combine the experience, they proposed the establishment of the Club of Mayors of Silk Road Cities.

"The headliner of the event was a special participant - the Sofia gynoid, developed by the Hong Kong company HansonRobotics. The forum featured a well-known self-learning humanoid robot - Sofia, who spoke at the forum. Earlier, Sofia acted as a speaker at the International Summit of Artificial Intelligence, ITU, Geneva, Switzerland. Appearance of Sofia was invented by Dr. David Hanson. He was inspired by the images of Audrey Hepburn and his wife and created a robot with the appearance of a woman. The production of Sofia was handled by Hanson Robotics from Hong Kong. The birthday of Sofia is considered April 19, 2015 - this is the day of activation of the robot. Robot Sofia has already given a lot of different interviews, and also participated in talk shows around the world. She speaks English. 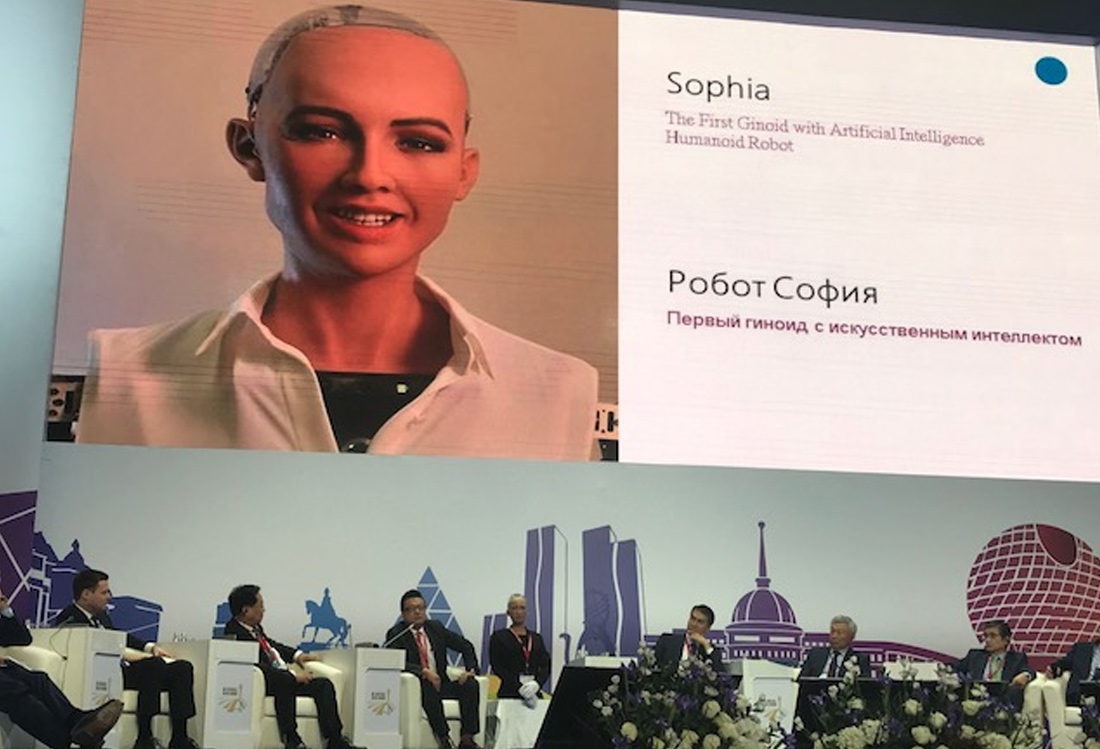 Within the framework of the Forum events, on behalf of the International Committee on Tourism Attractiveness and Sustainable Tourism Development, the Secretary General of the EECO – Vladimir Piskurev presented to Aseta Isekeshev (the Astana Mayor (Akim)) the international certificate confirming the inclusion of the most important and recognizable landmark of the city of Astana – Baiterek Tower to the World List of Particular Tourist Attractions.

More than three thousand people became delegates and participants of the Forum of the Cities Mayors Forum of the countries of the Silk Road. 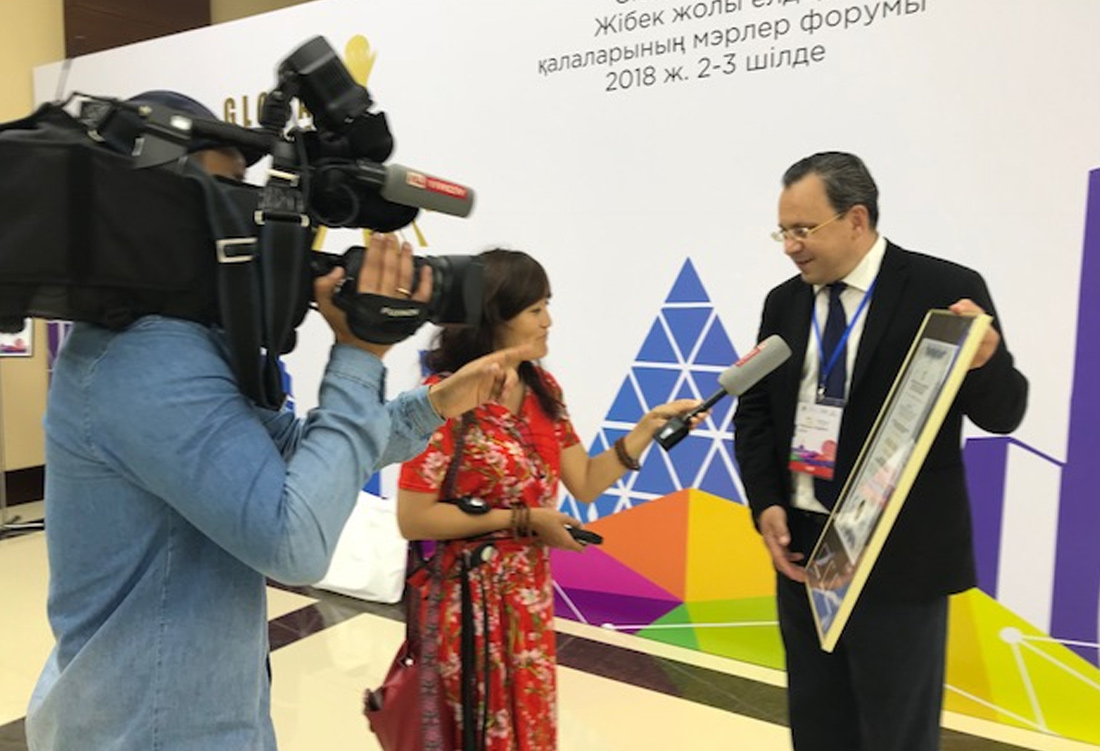 The participants of the forum discussed the program "Belt and the way", proposing the development of new mechanisms for regional economic partnership, stimulating economic prosperity of the countries involved, developing tourism, strengthening cultural exchanges and links in all areas, and promoting peace and sustainable development.