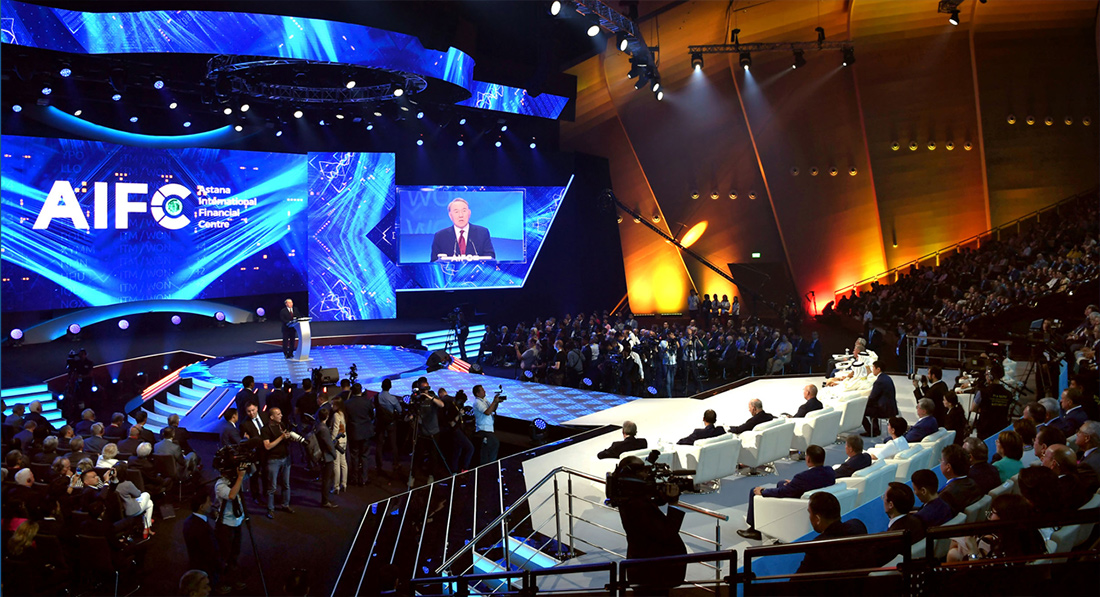 The official opening of the International Financial Center "Astana" became the main event of Astana Finance Days, at which the heads of states and foreign organizations, foreign politicians, as well as experts from the scientific community and analytical centers gathered.

According to the experts of the EECO, the International Financial Center "Astana" will become the core of the financial infrastructure of Kazakhstan, and in the future - the financial hub for the entire Eurasian region. The international financial center "Astana" intends to attract the best experts for the development of local and regional markets and strengthen cooperation.

Within the framework of Astana Finance Days took place plenary sessions of several forums, at which exclusive discussions of key issues were held. The panel sessions and round tables of the event discussed the importance of a strong and recognized legal framework in supporting and protecting markets, investments and the business climate, the depth and liquidity of local capital markets. A separate series of panel sessions "opened the gates" to the key issues underlying the digital economy: the regulation of financial technologies, the latest trends in technology, identified the need to remove existing barriers, including gender discrimination, risks and opportunities for crypto currency and other blockchain tools.

The financial center in Astana located on the territory that was used for the world exhibition EXPO-2017, and in the future it will occupy almost the entire left-bank part of the capital of Kazakhstan (this is more than one and a half thousand hectares of the area).

It is also necessary to take into account that Astana is one of the key links of the new transcontinental routes of the global "Belt and Way" initiative, therefore, Astana International Financial Centre will become a natural financial and economic bridge between Western China, Mongolia and European countries. All this opens access to the giant market for more than 1 billion people, "- said the Secretary General of the EECO Vladimir Piskurev. 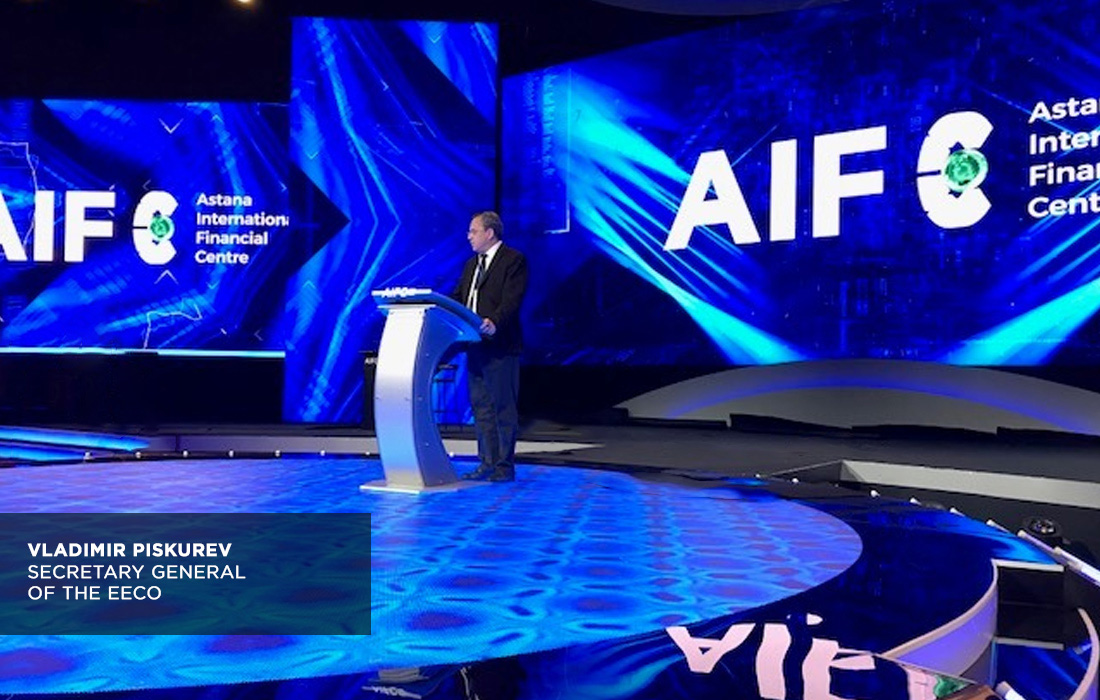 “Astana strives to become a gateway to the Eurasian Economic Union and is already considered a regional financial services center for the Belt initiative and the way. The intensification of trade, the development of the countries of the Eurasian region, China's global infrastructure initiative - the growing business activity requires the availability of understandable investment tools and a guarantee of investment protection. The Eurasian Economic Cooperation Organization expects that for the business from the countries of the region the financial center in Astana will become a convenient territory with a friendly language and cultural environment,” said Igor Rybakov, Chairman of the Presidium of the General Council of the EECO. 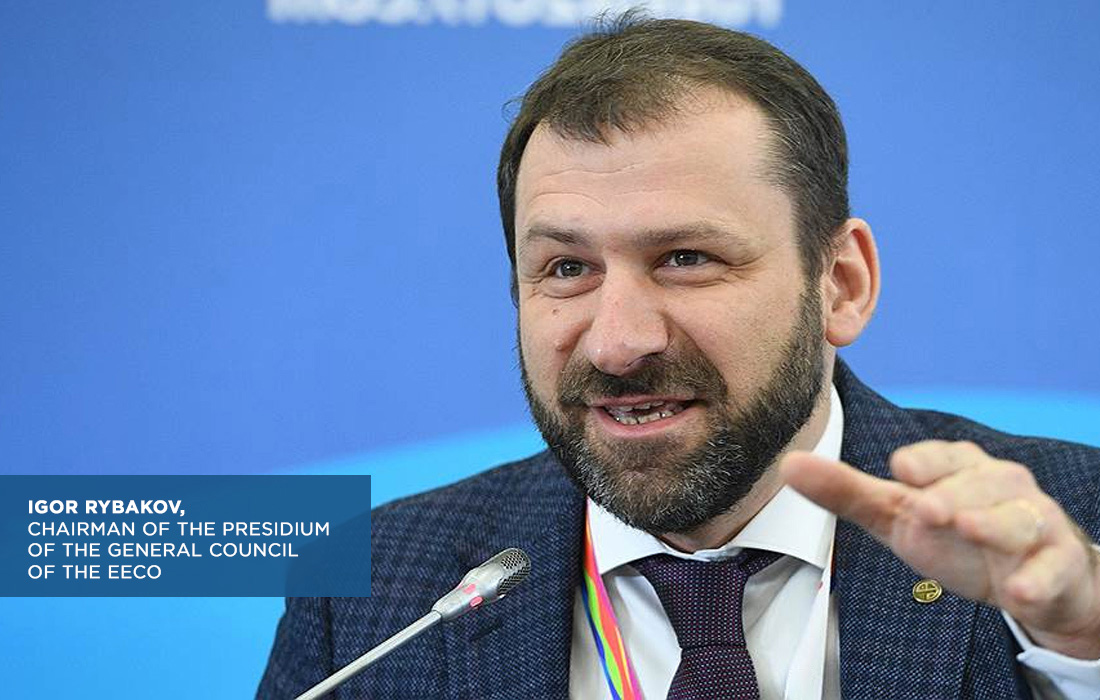 The International Financial Center “Astana” obtained independent jurisdiction. The legal and court systems of the financial center, as well as all financial centers of the world, operates on the principles of English common law. The Arbitration Center, the International Financial Court and an independent financial regulator in the form of a Financial Services Regulatory Committee have been established. All these structures are headed by experiences lawyers with a worldwide reputation.

The High Commissioner of the EECO on International Cooperation - Anicet Gabriel Kotchofa noted that the bodies and participants of the International Financial Center “Astana”, as well as their employees takes tax freedom payments for 50 years - a corporate income tax on income from financial and ancillary services, IIT, land use tax and property tax. 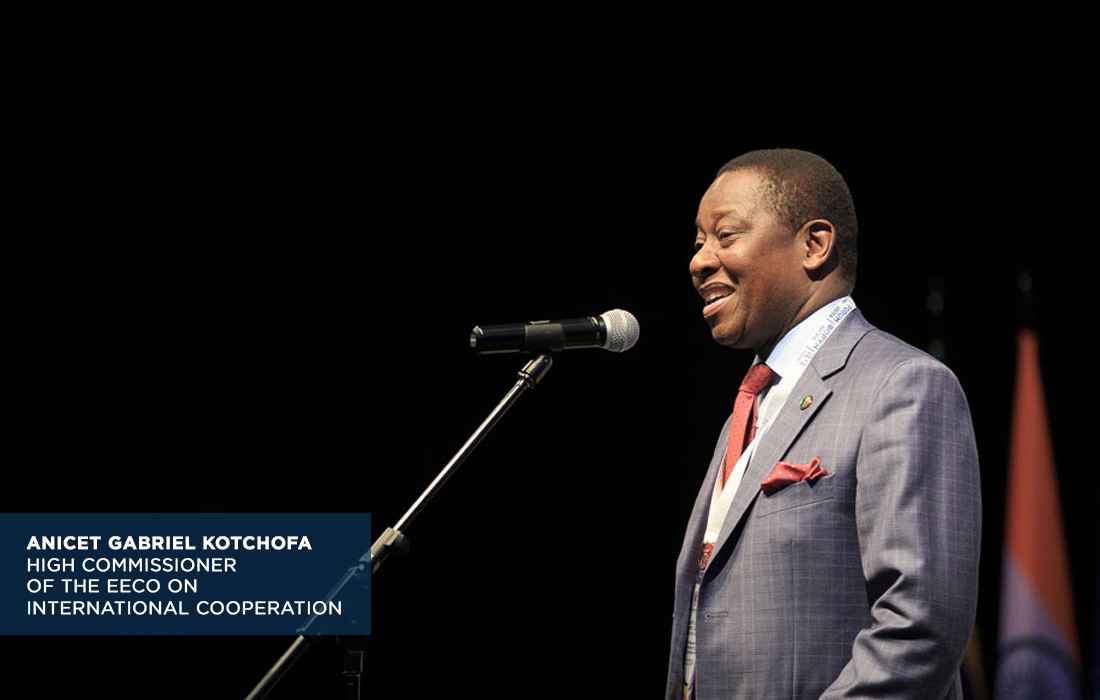 The Secretary General of the EECO Vladimir Piskurev during his speech on the Forum noted that the Eurasian region is now experiencing a period of rapid development. The countries of Central Asia are developing, the work on the projects of the Chinese initiative "One belt - one way" is gaining momentum, new movements have begun within the EECO.

The Eurasian Economic Cooperation Organization (EECO) within the framework of the development of the Chinese initiative "One Belt - One Way" also came forward with an international initiative to launch the International Integration Project "Silk Way Tourist Belt".

On the basis of the financial center, the Astana International Financial Center Exchange has already been established, where soon the placement of shares of such giants of the Kazakh economy as Air Astana, the world leader in uranium mining, Kazatomprom, and the telecommunications holding Kaztelecom, will be held soon. Later, three more companies will appear on the stock exchange: the railway operator KazakstanTemirZholy, the oil and gas KazMunaiGaz and the energy holding SamrukKnergo.

Meyer “Sandy” Frucher, Deputy Chairman of NASDAQ Inc .: “I would like to address to international banks and representatives of the business community and to call for the confidence of Astana International Financial Center - trust this institution, bring your liquidity, your products and your activities to this market.” 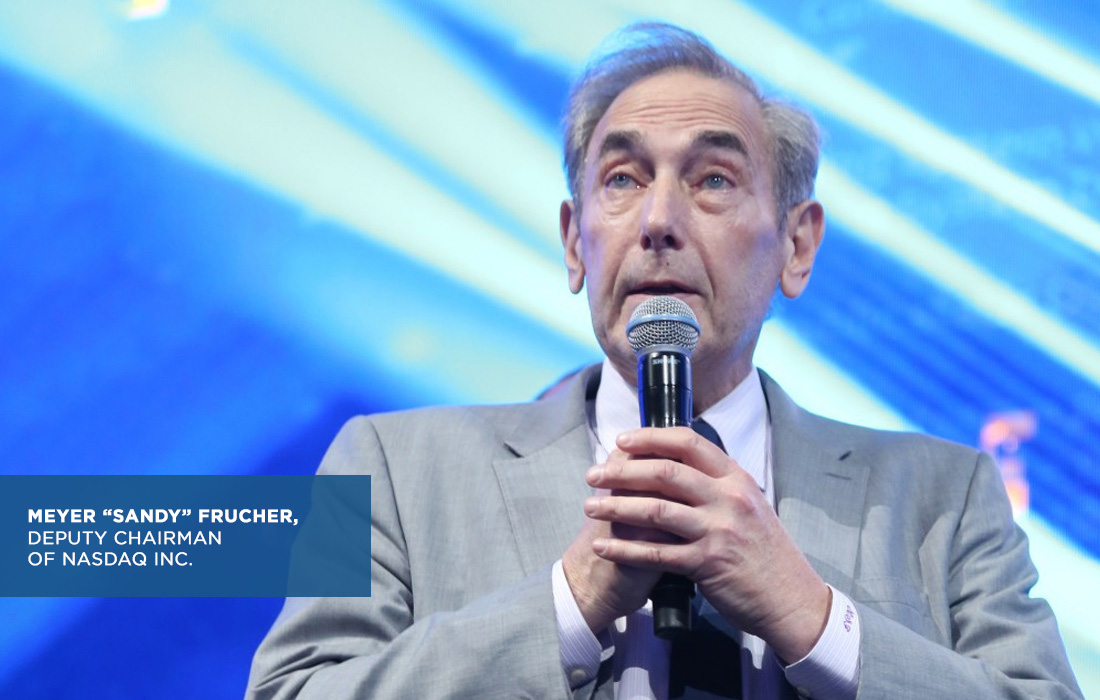 Wang Yanzhi, CEO of the Silk Road Fund: “Today is a very important day. I have a wonderful opportunity to observe the opening of the new Financial Center along with friends from many countries. It should be noted the significant achievements of Kazakhstan, since independence. Astana is the place where Chinese President Xi Jinping first gave publicity to the "Belt and the Way" initiative. Both countries are happy to celebrate the opening of the Astana International Financial Center, which will only develop our cooperation.” 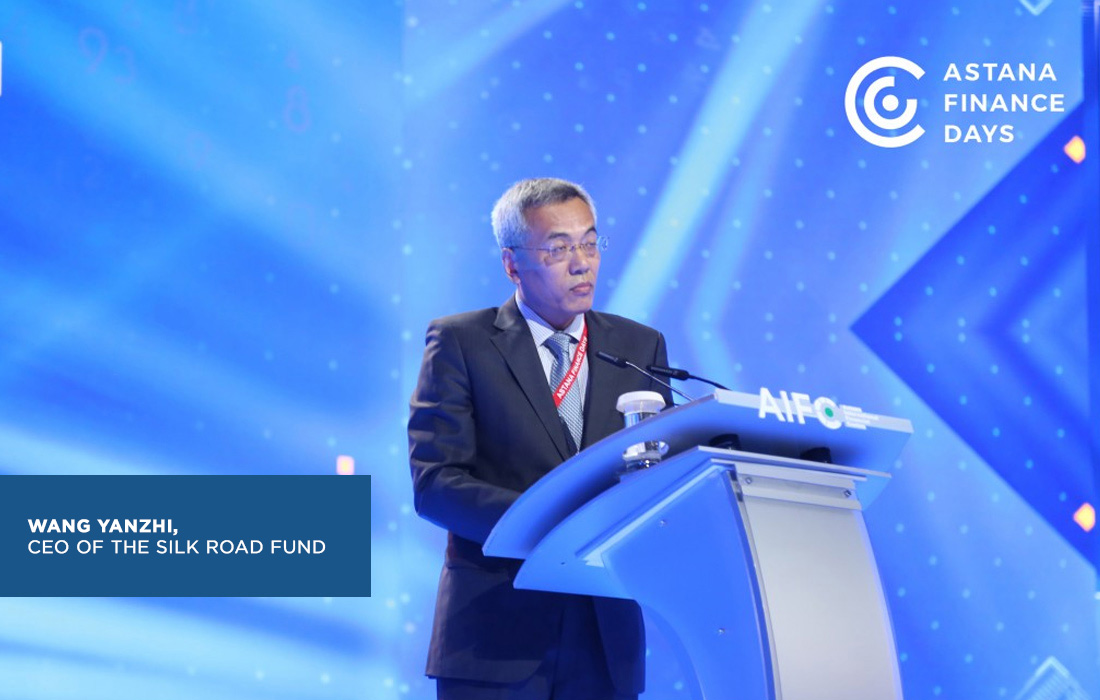 Andrew Oldland, Michelmores' main partner: "The key moment that is worth noting about English law is its flexibility and convenience. All countries of the world today prefer to work in the field of finance relying on English law." 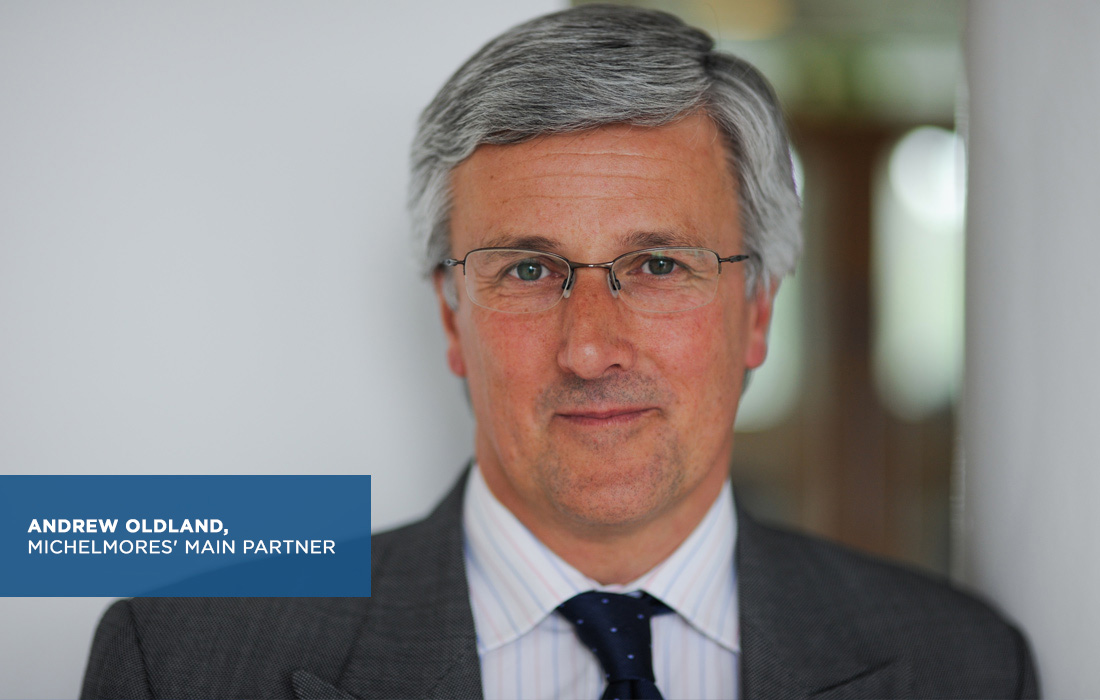 The delegation of EECO unanimously agreed that for business from the countries of the region the financial center in Astana will become a convenient territory with a friendly language and cultural environment. 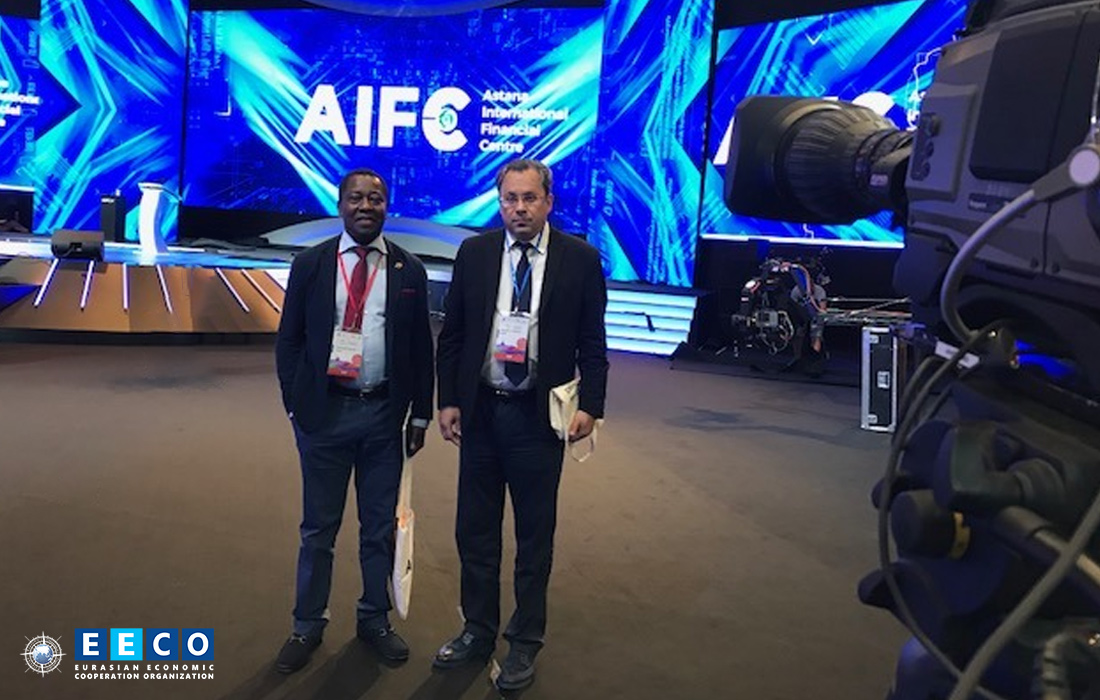