The Kingdom of Saudi Arabia opens doors to tourists 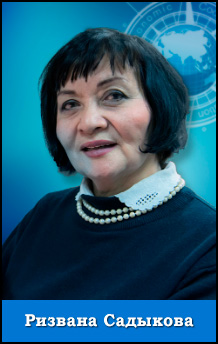 Rizvana Sadykova, Special Representative of the Secretary General of the EECO for international development and promotion, Expert in foreign affairs and communication.

This year was most eventful for the tourism community of Kazakhstan. Not so long ago on 18 September PATA Travel Mart 2019 (РТМ 2019) took place in the capital, where Kazakhstan joined the Tourism Association of Asia-Pacific countries (APAC). As is well known, in Seoul in 2018 our capital was chosen as a venue for the 8th Global Summit of United Nations World Tourism Organization (UNWTO) on Urban Tourism which was held on 9-12 October 2019.

Addressing the forum participants, Mr. Zurab Pololikashvili, UNWTO Secretary-General noted that for the 20 years of its existence the city became a platform for the major international events, including EXPO-2017. For the first time, the Global Summit would be organized in Central Asia. Prior to this, it took place in such big cities as Istanbul, Moscow, Barcelona, Kuala Lumpur, and Seoul. Hope hosting the summit in Nur-Sultan would help the member cities of UNWTO resolve several important tasks. One of the tasks is to organize in the region a working platform for discussions of best ways for the development of touristic potentials of the city and eventually making the tourism a main urban vector of growth and development.

It is also essential for the citizens of Kazakhstan to be aware of places for summer vacation and what countries are suitable for business tourism. Data provided by the Ministry of Foreign Affairs show that about 30 countries can accept the citizens of Kazakhstan under the visa-free regime for, 14 days to unlimited. Without receiving a visa Kazakhstan’s can travel to 28 countries of CIS, East Asia, the Middle East, Central, and South America, South Europe, and Africa.

In this connection, this news from Saudi Arabia has drowned the attention of not only travelers but the international community as a whole. Last month the Chairman of Board of Directors for the Saudi Commission for Tourism and National Heritage Ahmad bin Aqil al-Khatib addressed at the official ceremony “Welcome to Arabia” dedicated to World Tourism Day.  “The citizens of 49 countries starting from 27 September can receive a touristic visa upon arrival at the airport through the Passport Office (Service) or at self-service check-in machines or can enter an e-visa at  www.visitsaudi.sa, and also at the Kingdom’s representations abroad. A multiple entry visa will be valid no more than 90 days per trip and no more than 90 days during the year will be valid from the date of issue”, al-Khatib noted. According to him, Saudi Arabia opens its doors to welcome guests from all over the world. Citizens of 38 countries in Europe, including the Russian Federation, 7 countries in Asia and also the USA, Canada, Australia, and New Zealand will have an opportunity to visit the Kingdom. 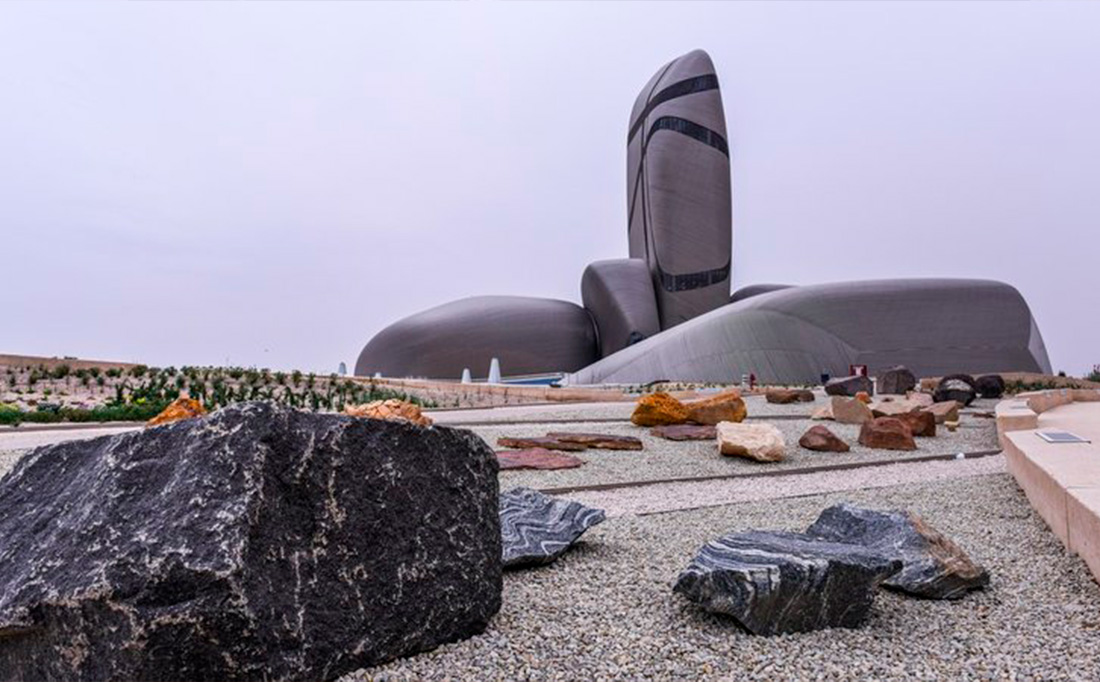 The great interest, therefore, was caused by the presentation of the Embassy of the Kingdom of Saudi Arabia about the innovations of the visa regime, which could provide a basis for the further development of the enormous tourism potential of the Kingdom.

At the beginning of his statement the Chargé d’affaires ad interim, Dr. Turki bin Muhammed al-Damer al Kakhtani reported that according to the national program “Vision 2030” it’s expected to attract up 100 million tourists within and outside the Kingdom’s borders by 2030.

This figure is considered to be ambitious because nowadays the quantity of tourists, visiting the Kingdom for business or vacation, estimates at close 12 million people annually. It is predicted to have 10 percent of GDP of the Kingdom in comparison with the current 3 percent, which comes from the tourism sector.

Indeed, the natural landscape of the Kingdom characterizes various geographical regions, as reflected in many picturesque places such as the Abha Mountains, the Red Sea coast and moving sands of the Rub' al Khali desert. The Kingdom attracts a number of the world’s leading multinational corporations in this sector and stimulates a favorable environment for the promotion of their ideas, developing and investing them. 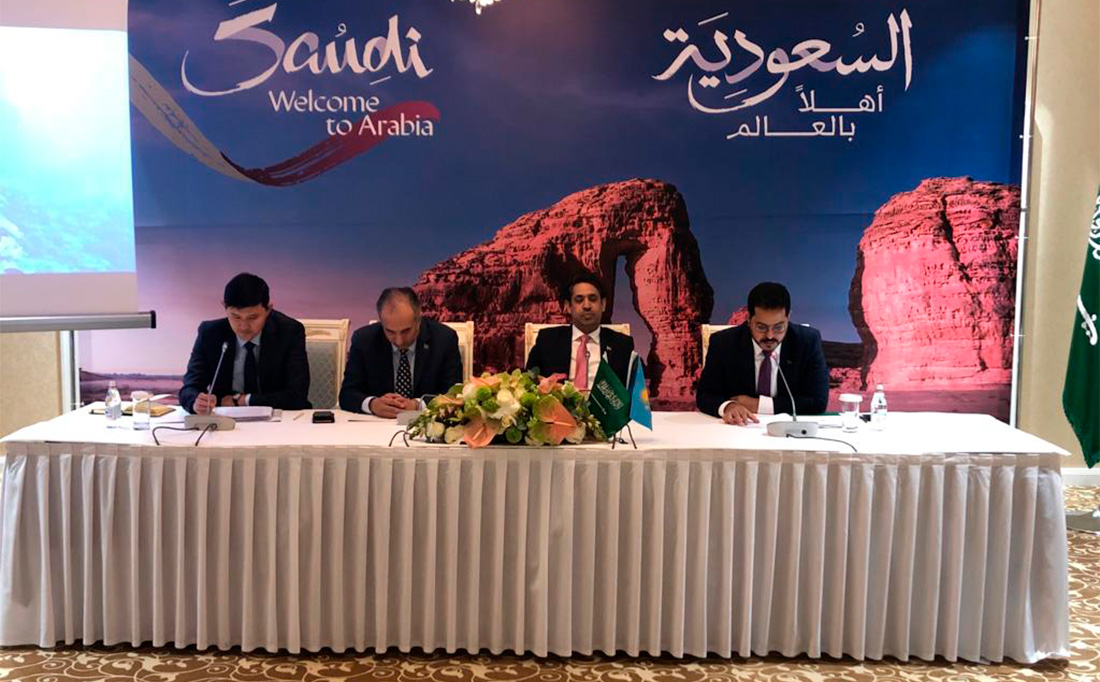 The country is abundant with many archeological and tourism opportunities, having five sites registered in UNESCO. They are Al-Hijr (Madain Salih), At-Turaif District in ad-Dir'iyah, Jeddah (the principal gateway to Mecca and Medina), rock drawings in Haile and Al-Ahsa Oasis. Adventure seekers can find for themselves towering cliffs the Edge of the World (Jebel Fihrayn) not far from Riyadh, the Rub' al Khali desert ("the Empty Quarter") and mountains Hada Al and Shafa. It will be interesting also to visit historical and cultural sites, such as Masmak Fort in Riyadh, King Abdulaziz Center for World Culture in Dhahran and the Jameel House of Traditional Arts in Jeddah city. Currently, the Kingdom has been working on the grandiose projects with the latest innovative technologies, such as building “the Futuristic Mega-City – Neom”, the Red Sea Project, the Amal Project, the entertainment city Al-Kudia near Riyadh and the Project Siluan in Abha city.

It is encouraging that for the first time the Kingdom of Saudi Arabia opens its doors for the tourists of 49 countries, including Kazakhstan. It represents a significant advance in the development of the bilateral relations between the countries. The Russian Federation is also on the list of 49 countries.  The representatives of diplomatic missions stated that the citizens of the Kingdom looked forward to welcoming visitors from all over the world and showing Arabic hospitality which was a fundamental value of the Arabic culture.