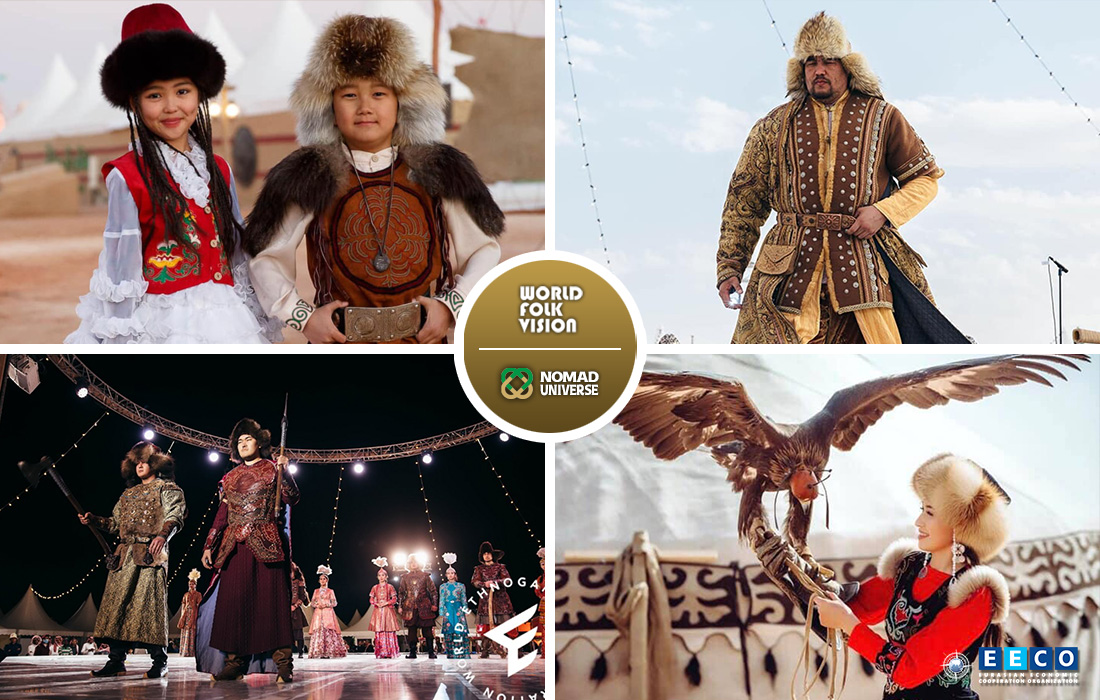 The main purpose of the Festival "Nomad Universe" - preservation and revival of historical heritage and diversity of original culture of peoples and ethnic groups of the world.

The largest Festival of "Nomad Universe" the World Ethnogames Confederation (Kyrgyzstan) in collaboration with the "Camel Club" has gathered nearly 1,000 participants from 90 countries of the field of art in Saudi Arabia.

Festival "Nomad Universe" is the first global event in the history of Saudi Arabia, which is part of the annual Camel Festival in Saudi Arabia named for King Abdul Aziz.

The annual Camel Festival under the patronage is considered to be the largest festival in the world, combines culture, sports, economy, reflects the heritage and depth of culture of the Kingdom of Saudi Arabia.

"Nomads Universe" within the Camel Festival named for King Abul-Aziz is a global summit of peoples and ethnic groups that will present their unique traditions, it will be a great model to bring together the diversity of cultures as it is stated in the Message of the King of Saudi Arabia, "Vision 2030". 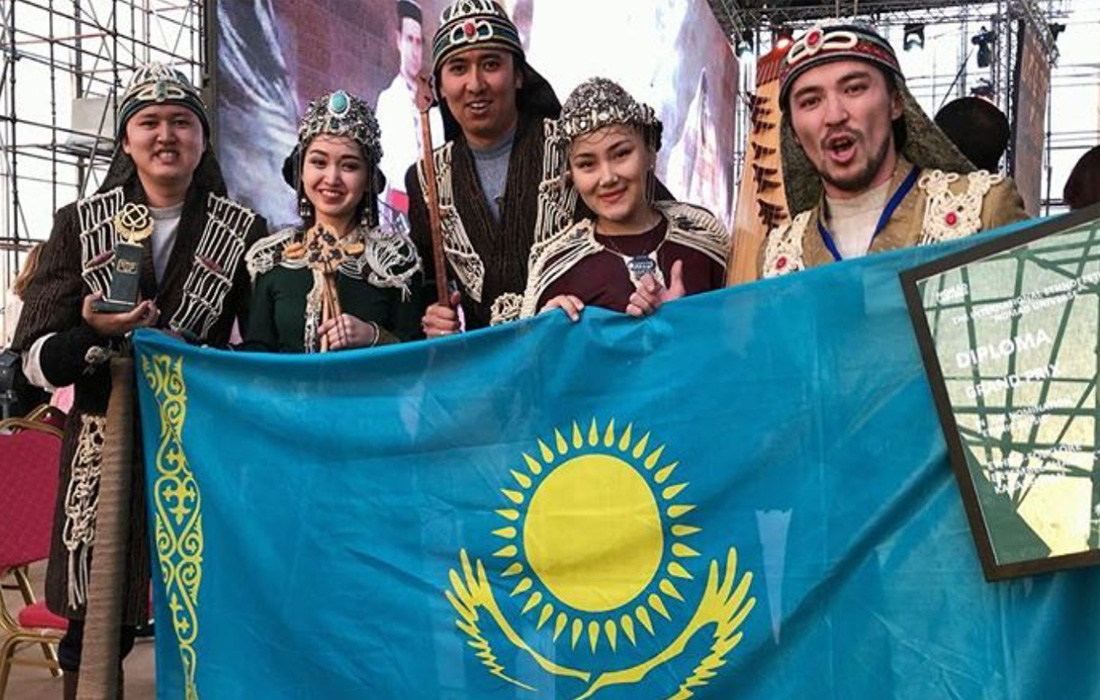 Interview with the Special Representative of GS of Eurasian Organization of Economic Cooperation, the head of the Kazakhstan delegation Rizvana Sadykova.

R.S.: Festival "Nomad Universe" is the pageant that brings together sport and culture of peoples of the world. The sports component includes traditional nomadic athletic disciplines and a rich cultural aspect, where nomadic countries participate in the cultural program. The representation of all aspects is very important in order to the Kingdom of Saudi Arabia to show the world within the framework of the Camel festival that it begins to open up to the world in various aspects of life, culture, sports, humanitarian ideas.

In general, the Message of the King of Saudi Arabia "Vision 2030" is a correct and timely idea that will allow you to start discovering your intelligent potential, your opportunities for this region, in which there is a lot of large geopolitical and other complex processes, not only for this region, but for the whole world. And of course, the traditions of the cultural heritage of the festival “Nomad Universe” is a component that unites peoples.

In the final of the cultural festival, the representation of participants is important, but it is also important for the participants to show their talent, professional level and, of course, first of all, they all represent their country.

I want to say that our Kazakhstan delegation is not only the most representative, but I think that it has the most professional compositional full of great potential to show Kazakhstan for this region as a country with an ancient culture and traditions, and at the same time as a developed, a modern country where cultural and other intellectual processes take place at a very high level.

Our Kazakhstan delegation consists of international participants, showmen, artists, designers, such as "Hassak", the folklore and ethnographic ensemble, the winner of the World Folk Vision semi-final in Sochi (image 1 - Sochi) under the authority of the Eurasian Organization of Economic Cooperation, that participates in the final, the art theater of the famous batyrs “ARLANZHETE” with the head, Muslim Zhumagali; the famous ethnographic ensemble “Turan” is also invited as a guest. 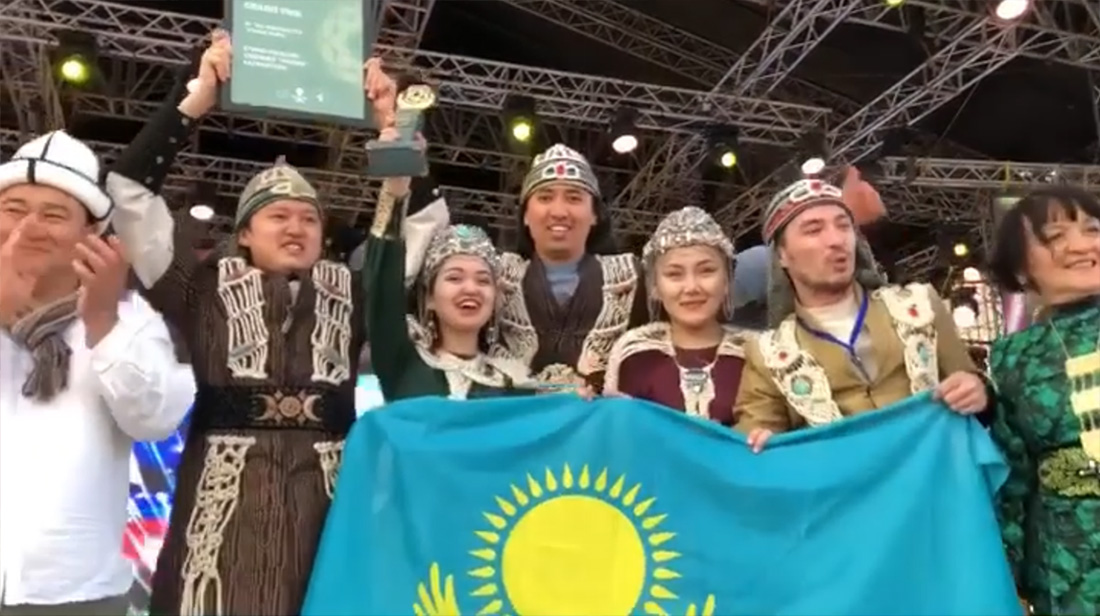 I am very glad that the best designers, jewelers, artists of different fields, tapestry art agreed to take part in the festival, it is represented by the famous artist Malik Mukanov, the artt of felt is presented by our famous artist, winner of the “Golden Tarlan” award, Saule Bapanova.Yestai Daubayev, a famous jeweler of several generations , who participated in international exhibitions, presents jewelry in the national style

Thus, the delegation of Kazakhstan interested Arabs and many participants from other countries. During the ten days of the festival, all delegates from all countries will have the opportunity to get acquainted with the best pieces of Kazakh musical art, as well as the unique works of our artists.

Yesterday, on March 10, the first performance of the folk-ethnographic ensemble “Hassak” took place, three pieces were performed, such as “Hassaknama”, “Tartu”, “Orteke-or Altai”, our giant batyrs from “ARLANZHETE” in unique historical costumes made the great impression, they took to the stage to the strains of the ancient folk instruments of artists of "Hassak". The impressions were overwhelming. (img 2 and img 3, Riyadh)

We are grateful for the support of our Embassy in Saudi Arabia, special thanks to Ambassador Bakhyt Batyrshayev for the warm welcome and support of the delegation. The first day of the festival coincided with the fact that the Turkic countries celebrated the "Nauryz" holiday in the Turkish Embassy. For the guests of the holiday, for the heads of the diplomatic mission, the performance of the "Hassak" ensemble and our giant batyrs was a special surprise. There was no end to those who wanted to be photographed.

We hope that the “Hassak”, folk-ethnographic ensemble the winner of the semi-final in Sochi, will continue to please the public and win the final, we will all cheer up for them. And this region will be surprised by the professionalism of our Kazakhstani representatives of fields of culture and art. ⠀

The “Hassak” folk-ethnographic ensemble is an echo of modernity, the synergy of Kazakh traditional music and the hymnic military Saryns of the ancient Turks. Transforming the ancient instruments into a different coloring, contributing to the promotion of cultural heritage, the creative team of the ensemble offers the modern listener national instrumental music of the Kazakh people, harmoniously weaving kobyz, dombyra, sybyzgy, saz syrnay and shan kobyz. The composition of the ensemble is represented by the laureates of international and republican competitions of the Kazakh National Conservatory named after Kurmanagazy, the head is Yerzhan Zhamenkeyev.