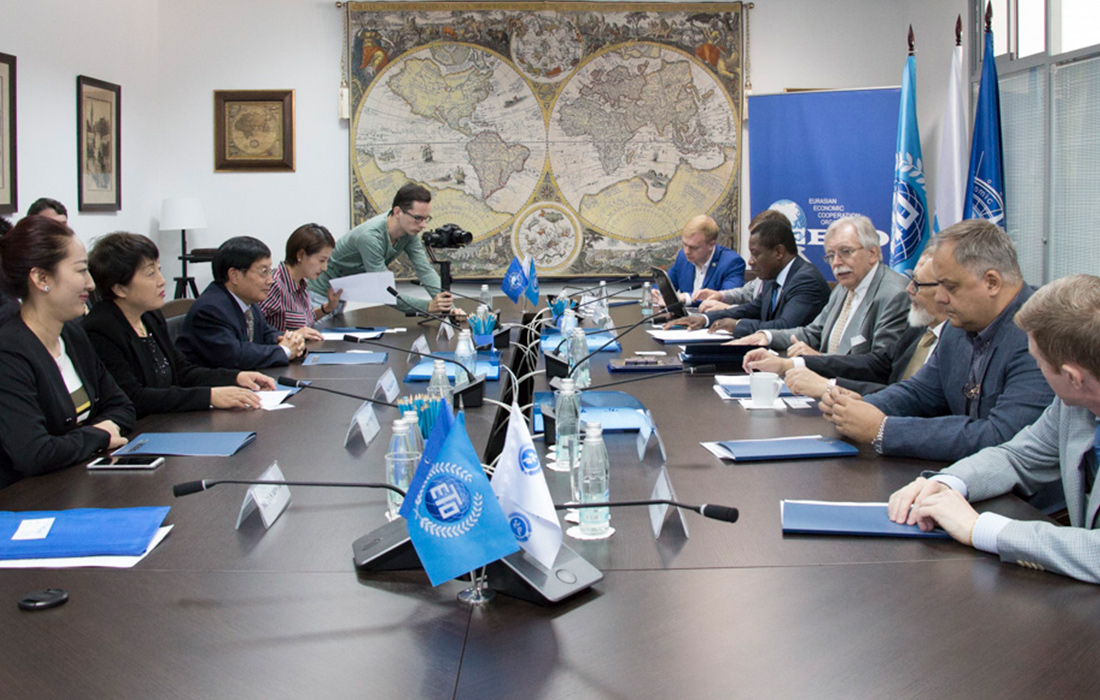 A meeting with the leadership of the Asian Financial Cooperation Association (AFCA), based in Beijing, was held at the Moscow headquarters of the EECO.

AFCA is positioned as a regional non-governmental and non-profit organization that aims to unite financial institutions, trade unions and leading financial experts on a voluntary basis from Asian countries and regions to form a trans-regional financial community and create modern information platforms, exchange promising ideas, promote financial cooperation and development of new approaches to the management of international finance. 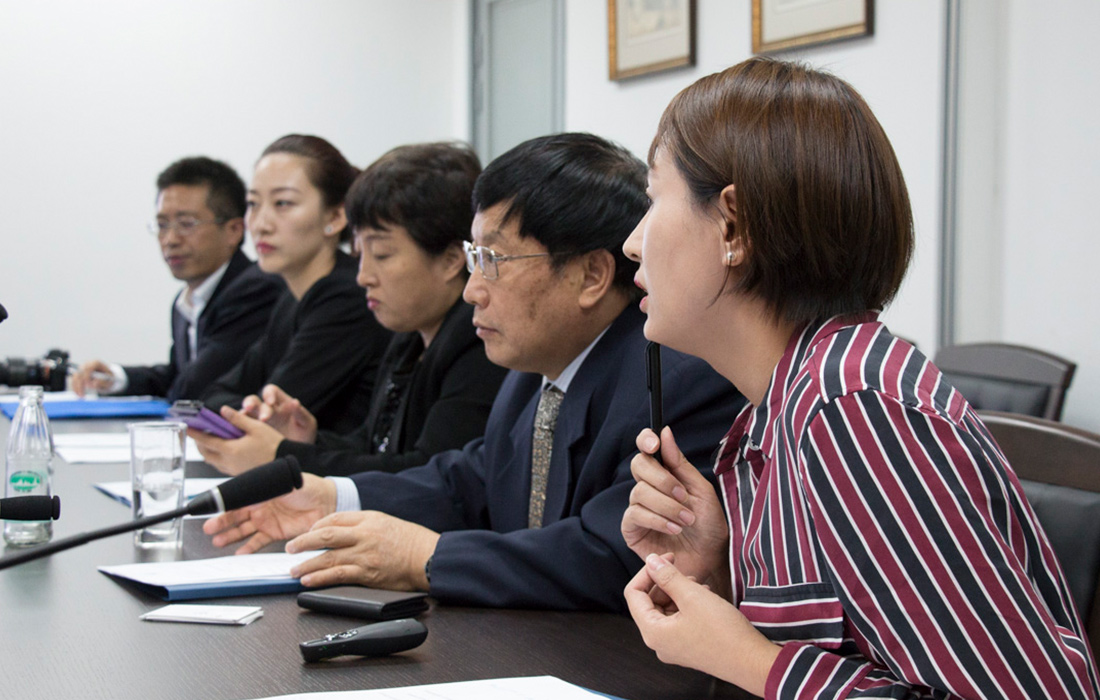 The AFCA delegation, headed by the Secretary-General of the organization, Mr. Yang Zaiping and the Deputy Secretary General, Ms. PANG Kuixia, included heads of the finance and information departments, as well as interaction services with AFCA participants and partners.

From the part of the EECO, Deputy Secretary General - the High Commissioner for International Cooperation Gabriel Kochofa, High Commissioner for Finance and Investments Oleg Prexin, Deputy Chairman of the Eurasian Commission on Foreign Affairs and Economic Policy Vadim Kozyulin, Deputy Chairman of the Eurasian Commission on Sustainable Development development, Alexey Klimchenkov, as well as invited participants: member of the Supervisory Board of VTB Bank Sergey Dubinin, Executive Secretary Business Council of the Shanghai Cooperation Organization (SCO) Sergey Kanavsky and Chief Financial Research Director of the Institute of Energy and Finance Mikhail Ershov. 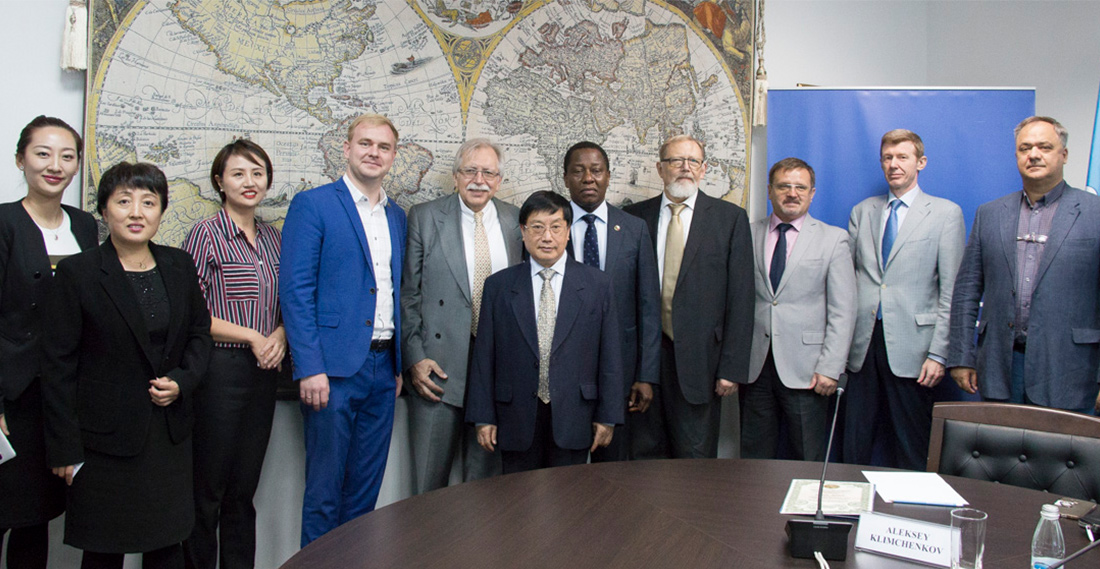 After the detailed presentation of the organization, AFCA leaders expressed interest in establishing all-round interaction with the EECO, noting that despite the formally “Asian nature”, AFCA's work is global in nature. In less than a year, an extensive membership network has been established, covering over 20 countries on all continents. Formed working bodies AFCA - specialized committees on financial matters. Such committees, in particular, are created for cooperation in implementing the “One Way – One Belt” initiative, inclusive and green finance, industrial investments, cooperation in financial technologies, payments, settlements and management of financial circumstances. Separately, as a "nerve centre", a Committee for the Interaction of Chief Economists is being created. 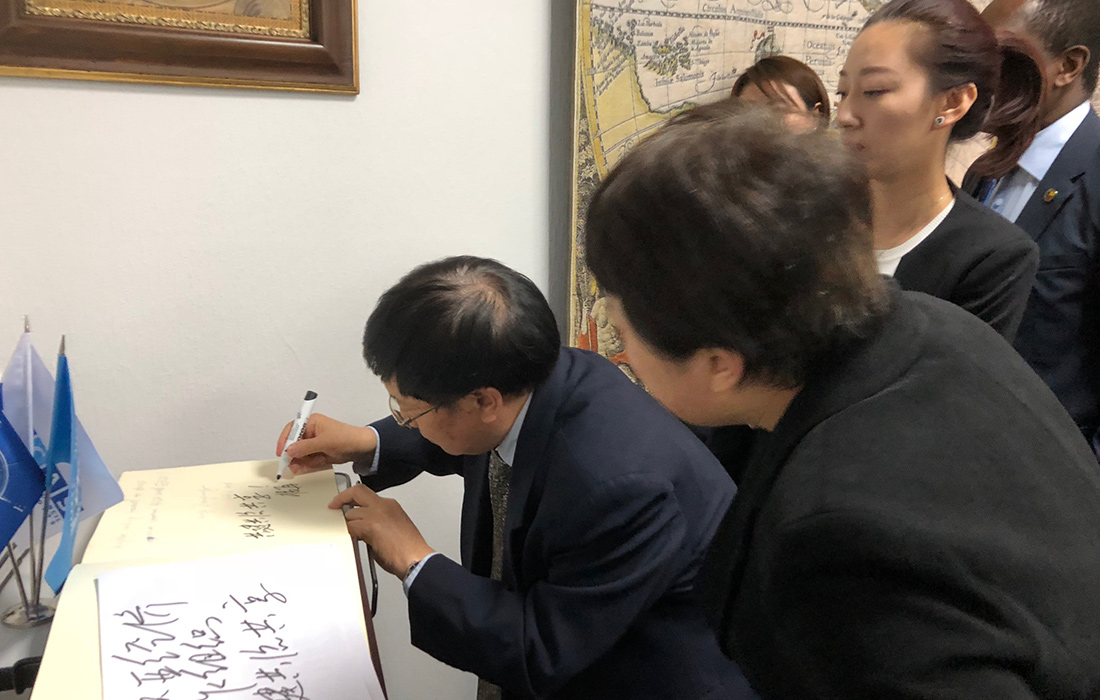 Recognizing the inadequate participation of AFCA representatives from Russia and other EEA member states and referring to the lack of objective information arriving in the region, the AFCA leaders are counting on cooperation with the EECO.

At the request of the guests, M.Ershov made his presentation on the Russian economy in the light of global trends and risks, which was received with increased attention, especially some of the evidence of overheating of the global financial markets and increased imbalances. 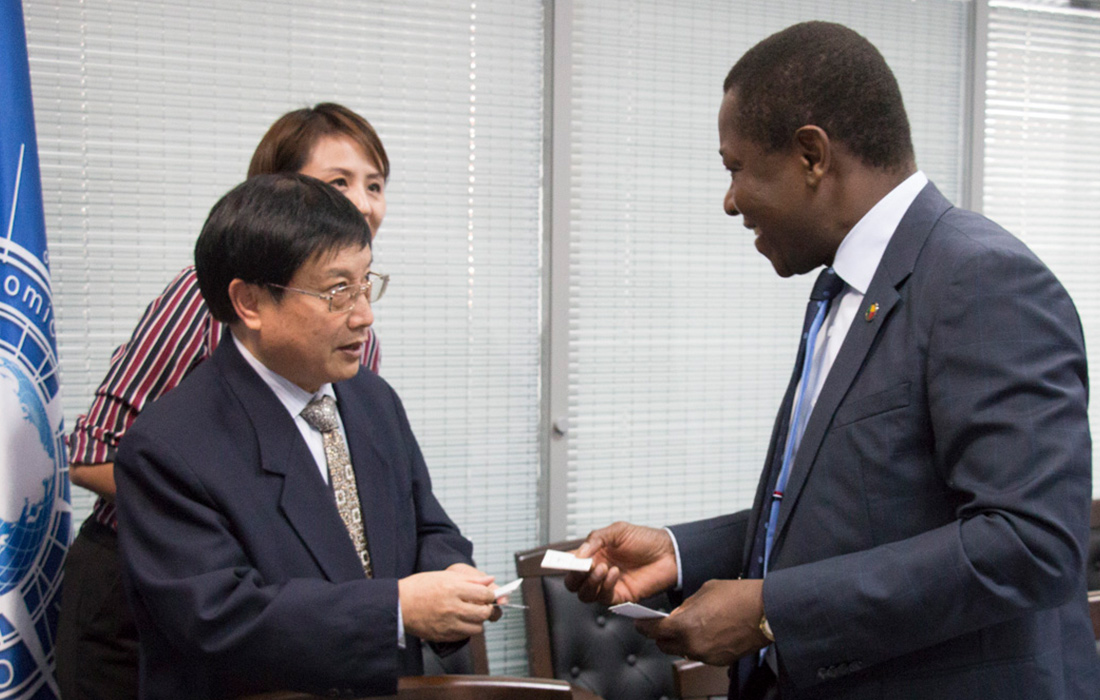 G.Kochofa and O.Preksin told about the current activity and prospects for the development of the EECO, sharing their vision of the prospects for working together with the AFCA. The EECO believes that it should be based on specific projects and programs, the list of which is to be determined by the profile services. To strengthen the working contacts, the parties can provide each other with their workplaces, respectively in Moscow and Beijing, which will be convenient for the development of regional ties without unnecessary costs and bureaucratic red tape. 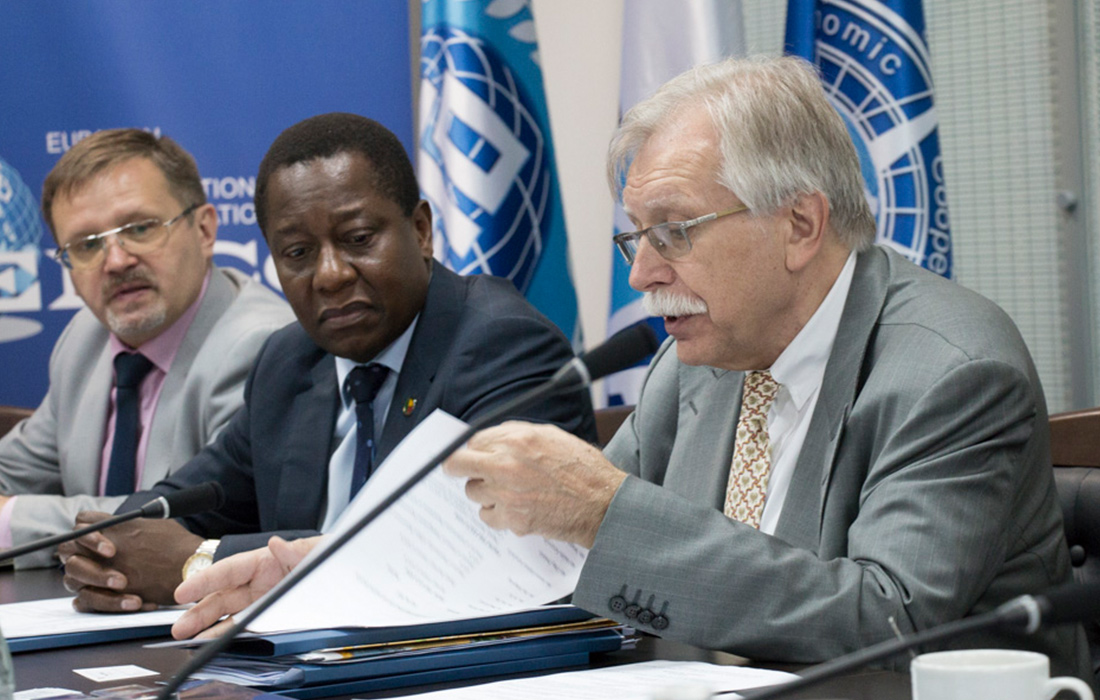 The expanded discussion touched a wide range of issues, starting with the unleashing of trade wars and the introduction of sanctions lists, the archaism of the dominant system of international settlements and the potential problems of using the SWIFT system, and up to the prospects of increasing the global role of BRICS and the SCO, the opportunities for broad interaction within the framework of the Business Twenties (B20), the opening of the Astana International Financial Center, the arrangement of the Eurasian transport corridors, the development of industrial and technology parks and those preparing with participation (such as the AFCA Tokyo Financial Forum on September 10 or the Annual Meeting of the Russian-Chinese Financial Council in Kazan on October 22 this year). At the same time, a red thread was the idea of ​​the need for sustainable development and the all-round strengthening of cooperation. 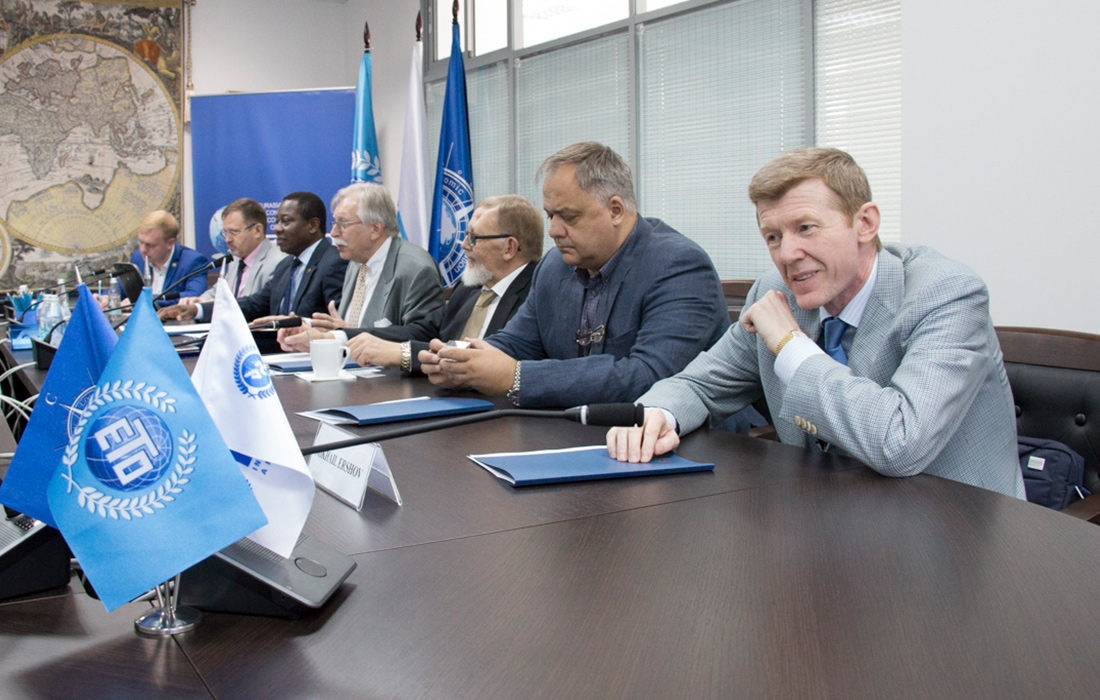 The parties agreed to consolidate mutual interest in cooperation in the relevant agreement, work on which has already begun.